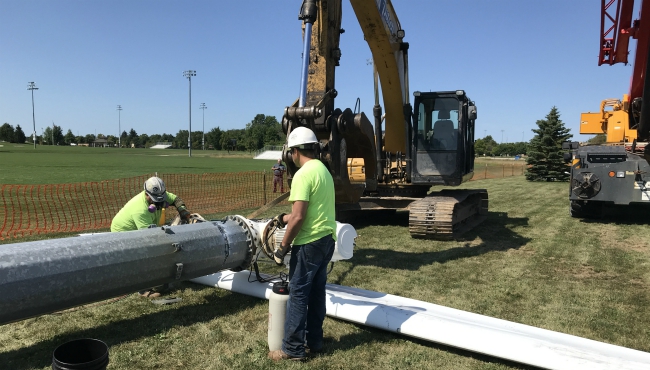 HOLLAND TOWNSHIP, Mich. (WOOD) — Wind turbines in Helder Park in Holland Township are being torn down.

The city of Zeeland built the turbines in 2009 in an effort to use more sustainable energy.

The turbines were placed outside the city limits due to zoning issues. The park was chosen by engineers who believed it was the best place to generate wind.

It cost the city about $457,000. Right after the turbines went up, the city says things went downhill.

“Shortly after that, the manufacturer of those units went out of business,” said Andrew Boatright with the city’s public works department.

Boatright says it made finding parts to repair the turbines nearly impossible and incredibly costly.

“The maintenance issues were a big problem. In 2014, there was a significant period of no operation,” Boatright added. “It just got to a point where they became a maintenance concern and a safety hazard.” .... continues.