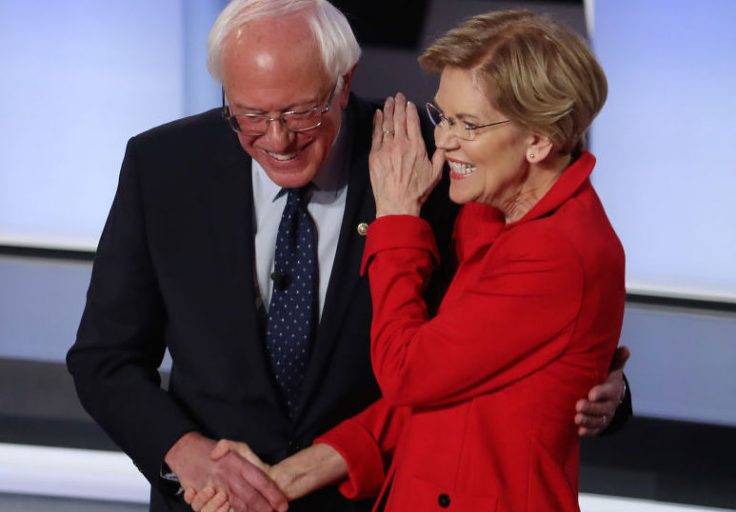 ATLANTA — (Washington Free Beacon | David Rutz) — In front of a crowd of black Christian millennials on Saturday, a pair of leading 2020 Democratic candidates asked the faithful to put their trust in the government.

Addressing an audience sporting t-shirts with phrases like "Saved But Not Soft" and "God Made Me, Jesus Saved Me," they discussed their plans to cancel student debt, enact gun control, battle white nationalism, and expand health care coverage—both candidates want to eliminate private insurance in favor of a single-payer system—at times invoking their own religious backgrounds.

Sanders, who is Jewish but doesn't consider himself religious, said "Hitler and his white nationalism" killed his Polish father's family in Europe. Warren, a United Methodist, quoted the Gospel of Matthew's verse about the importance of doing good works: "For I was hungry, and you gave me meat … I was a stranger and you took me in."

The two longtime allies are now viewing each other warily as they battle for the 2020 Democratic nomination. Sanders and Warren are proposing trillions of dollars in new spending to fund a variety of programs combatting society's ills.

The response was polite but largely tepid from the audience, although they received huge cheers when they discussed their student debt cancellation plans. Sanders has a proposal to eliminate all of it, while Warren only wants to wipe out a mere 95 percent. ...continues.