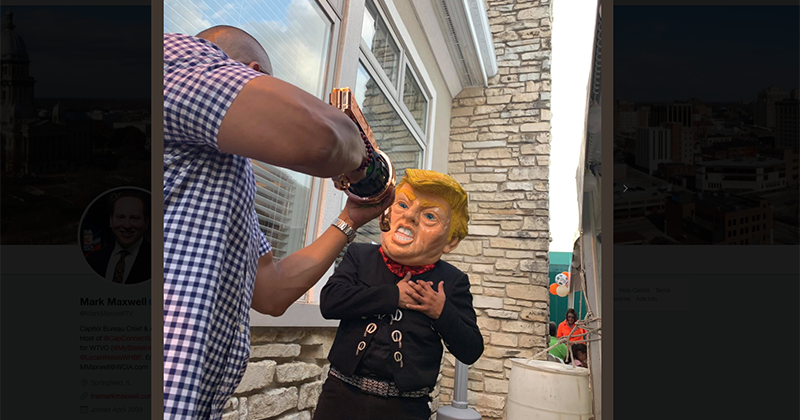 (Summit News | Steve Watson) — Democrats in Illinois have been forced to apologize after photos emerged of attendees at a fundraiser carrying out a mock simulation of assassinating President Trump.

The scene was photographed at a fundraiser for Democratic Illinois State Sen. Martin Sandoval.

A political fundraiser for @SenatorSandoval simulates an assassination attempt against a mock @realDonaldTrump decked out in Mexican garb. Looks like a man pointed a fake assault weapon at the fake President to pose for a picture. pic.twitter.com/MlT9zjB1mn