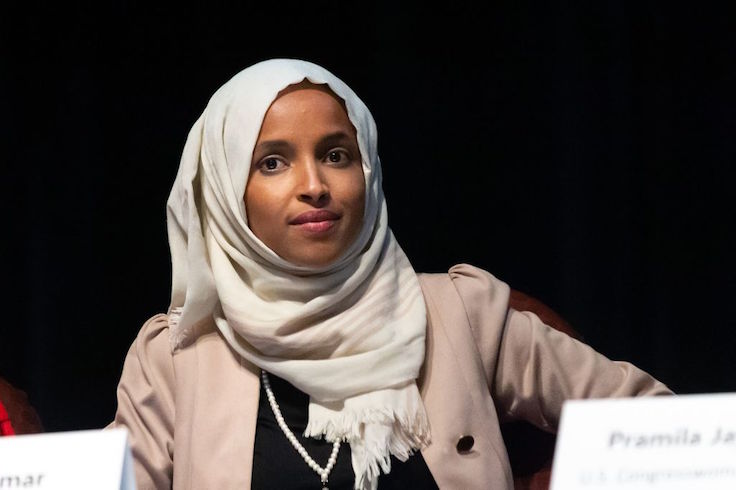 (Washington Free Beacon | Brent Scher) - Media outlets scrambled to prove the false accusation that Rep. Ilhan Omar (D., Minn.) married her brother after President Donald Trump mentioned it, but none have been able to definitively reach an answer, largely due to Omar's unwillingness to provide information.

Trump was asked about the accusation that Omar's husband, Ahmed Nur Said Elmi, was also her brother during a scrum with reporters last Wednesday and said he had heard talk that she married her brother but knew "nothing about it."

National media had largely kept away from judging the merits of the accusation that she was related to her second husband, which have circulated since her entry into politics in 2016, but after Trump's comment, many came to quick conclusions. CNN's Jim Acosta jumped in immediately to criticize Trump for diving in on "disgusting lies."  The Daily Beast‘s Will Sommer published a lengthy piece on Friday that did little to nothing to debunk what he calls a "baseless smear."