(NextGov | Frank Konkel) - Driven largely by the Defense Department, the federal government’s discretionary spending spiked to a seven-year high in fiscal 2018, with agencies obligating more than $554 billion for products and services, up $100 billion from 2015.

According to official spending data from the Government Accountability Office, the Defense Department accounted for $358 billion in contract obligations while civilian agencies, like the Veterans Affairs and Homeland Security departments, obligated $195 billion. 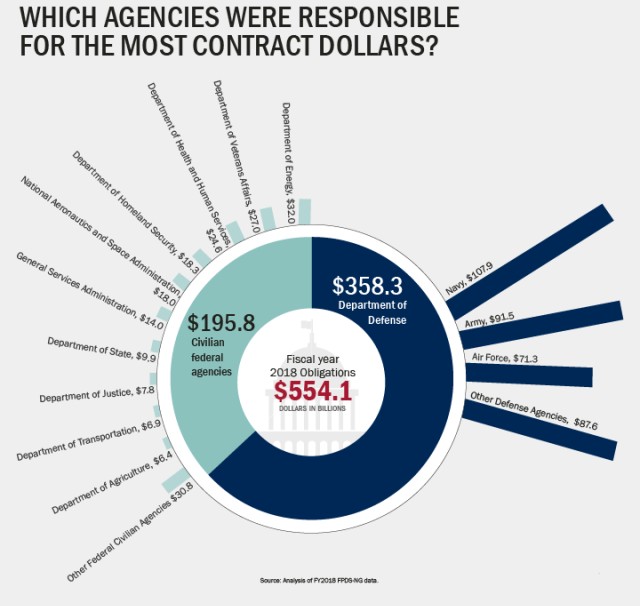 The government closed the 2018 fiscal year on a massive spending spree—due in part to funding increases after a delayed budget agreement—and early fiscal 2019 spending data indicates the government isn’t slowing down its contract spending.

During the largest fourth-quarter... continue reading.