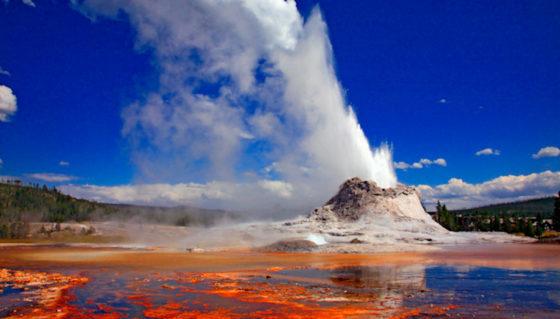 (Mac Slavo | SHTFplan.com) - Scientists have said that the Steamboat Geyser in Yellowstone National Park keeps erupting erratically and they can’t pinpoint a reason.  This recent activity is a new record for the geyser, which has come back to life in recent years.

According to the Billings Gazette, the Steamboat geysers’ eruptions are historic. This recent activity is the shortest time ever recorded between eruptions. Yellowstone National Park’s Steamboat Geyser blasted steam and water into the air at 12:52 p.m. local time on June 12. Then, three days, 3 hours and 48 minutes later at 4:40 p.m. on June 15, it blasted steam and water into the air again, according to the U.S. Geological Survey’s (USGS)’s Volcano Hazards Program. That’s a new record for the geyser. ...continued.